It’s been 5 months since my last confession and as always what a roller coaster ride the last 5 months have been. At the end of my last update I was feeling in good spirits but was suffering painful cramps in the stomach area. I had also had a CT scan and was awaiting the results, well strangely enough the results were delivered the day after I went to print with my last update. As usual I sat expectantly in the chair in the consultancy room (this time is always nerve wracking as you never know what’s coming) this was to be no exception. My Oncologist delivered the news no-one wants to hear and that was that the tumours had starting growing again and had in fact increased in size by roughly 20%. To be honest if I was truthful I  expected this as the cramps I had been having had been in the liver area and I knew something wasn’t right. Apparently it transpires that the drug Oxaliplatin that I had been taken off about 6 weeks before because of nerve ending damage in the feet and hands (which is bad for guitar playing and that’s my excuse and I’m sticking to it) was the only thing that was holding the cancer back in my current cocktail of treatment.

But with no messing from the Doc in her truly exceptional professionalism she said that we were going to change treatment straight away but stay on the same two week cycle. For the drug geeks amongst us I was moving onto Irinotecan and Cetuximab along with L folinic acid and Flurocil. Strangely enough Cetuximab is from the same family of drugs as Rituximab which has been so instrumental in keeping Mike Peters on such a healthy course.

I have to say that the thing I love mostly about my Doc is her professional honesty but with the right touch of compassion. The no nonsense approach is precisely how I like to dealt with, so with an uncharacteristic name check from me I would like to take my hat off to Dr Catherine McBain Lead Oncologist at Macclesfield District General Hospital whilst being based at The Christie.
So with no delay on the 24th June I started my new regime. Once again I have been extremely blessed in the minimal side effects I have encountered from the new treatment. I have only had a slight increase in numbness in my feet and hands (reference again the bad guitar playing) and a initially a very bad facial skin reaction akin to an overdose of teenage acne. I spent 35 years trying to get rid of it and it returns within 7 days!!!!!! Bugger!!!!!!  However I am pleased say that it now settling down especially with the help of some of Antibiotics. The only other real effect is dry skin and cracking of nails and skin on fingers. (Damn painful I can tell you)

Just before I started the new regime I went to Wales for Snowdon Rocks 8, I clearly wasn’t in the position to climb it but desperately wanted to stand on the summit once again. I have always found this mountain a spiritual spot for me so with this in mind I made the decision to do something I swore I’d never do and take the train to the summit. The day was a very special one too, not a drop of rain and nothing but sunshine. Standing on the top was a quietly emotional moment for me stood amongst all my friends and fellow hikers, I can honestly say that day gave me a huge boost of positivity and resolve to keep fighting and try and beat my disease. It is almost as if I get everyone else’s positivity through ‘absorption by proximity’ 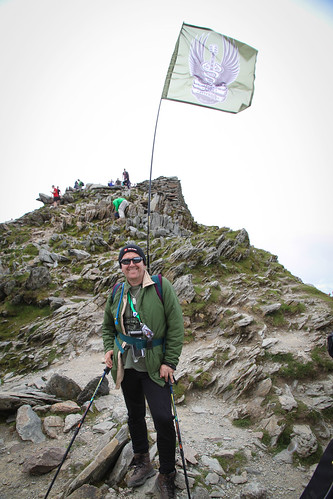 These past five months have been enjoyed in a relatively good summer and have been interspersed with some LHS swabbing events and some holidays. Strangely enough with having had a busy summer and all this chemo I was starting to feel generally more energetic and not more tired. There is always the background stress of living with cancer in your daily life but I was definitely feeling more upbeat than usual.

Then something really positive started to happen I noticed that my CEA blood count marker ( a normal individual should be about 40-60) had started to decrease from 1036 (I know that’s huge) to 530, to 256, then to 125 over my fortnightly blood checks.  Now I must stress that whilst this looks great I didn’t want to get too excited as this is only an indicator and it is the CT Scan that tells the true picture. I must say it was very hard to not get at least a little excited. The Doc decided it would be a good idea to do a scan and get and up to date picture. This was done on Thursday 28th Aug and so I find myself once again sat in the same consultancy room (1 Sept 14) awaiting the doctor to deliver the scan result and feeling a little more nervous than usual.

As she entered the doc had just the hint of a beaming smile waiting to burst out and so it did, she went on to explain that my CEA blood count had now dropped to 75 and that ( yes this is official) my tumours on visual examination of the scan have indeed shrunk considerably, in fact 3cm in diameter all round. I remember clearly thinking to myself “up yours cancer”. So let’s put this into context, this is a massive positive result in my fight against cancer and you can only imagine how I feel but needless to say a tad more than ecstatic. Clearly I still have fight in front of me but what it does mean and the Doc confirmed this is that with this fantastic result it opens up a whole myriad of other treatments for me in the future. The plan is to continue with another 3 rounds of this regime to maximise the benefits then reassess again in 2 months for the future treatment plan, all I know that is with the superb treatment and assistance of those in the NHS who have helped me and all of those in Team Spragg we have have clawed back a massive victory in my fight with cancer. It may sound a little melodramatic but that is how I truly feel and even more than ever before it is all to play for and Team Spragg is ready for the challenge.

So now we move onto Oct 28th and after 24 straight sessions of chemo and now a year after my initial diagnosis, I can confirm that my CEA blood count has dropped down to 34 which is nothing short of fantastic. I find it hard to believe that a year ago as I looked fwd to the Gathering would I be in such a fantastic position health wise a year on, once again looking fwd to Gathering 23 which is already creeping up on us. The countdown is on and I’m looking fwd to seeing everyone again, so see you there and you’ll be pleased to know that my appetite for beer has returned (another bonus).

So all in all as I approach my 50th birthday ( in fact my 25th session is actually on my birthday) in early November (old git I hear you say) do I truly now stand on the threshold of my future which I don’t know what it will bring but with renewed vigour for the challenge I say as I said right at the beginning of this fight ” I have cancer, cancer doesn’t have me so bring it on”) and I couldn’t do it without each and everyone of you.

Love Hope and Strength to you all!!!
“A New Chapter in book of my life”
Dave xx 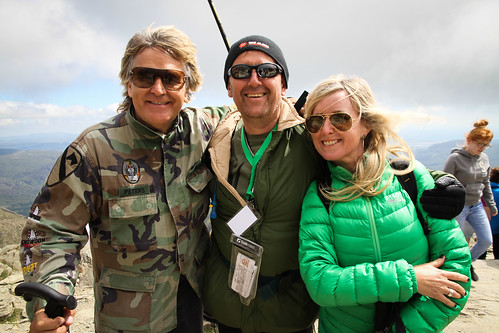