From the age of 16, I think, is when I first caught sight of who were to become the Alarm, they were called Seventeen at the time and regularly used to play in my home town of Holywell, North Wales at the time the mod revival was in full swing. There were parkas, pork pie hats and scooters everywhere but I went along to see what all the hype was about this local group of lads called Seventeen and boy did I have my eyes opened. They came on stage with there wild spikey hair and the lead singer had the most energy and enthusiasm you will ever see or hear. Welcome to my life, Mr Mike Peters and so we would follow the group around the North Wales coast on a regular basis.and that’s were I remember buying my first ever piece of vinyl  a single by seventeen called ‘don’t let go’ and ‘bank holiday weekend’ on the b side…… I almost wore it out. 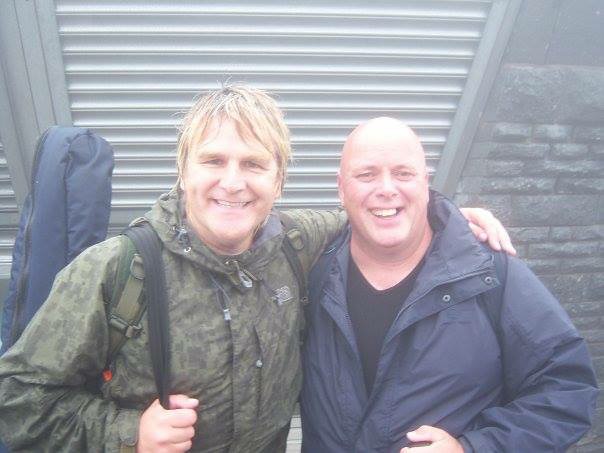 Then along came the eighties and all went quiet on the local scene and many tears past before I had the chance to witness mike and the now alarm on stage again. I really didn’t know what to expect with a gap of what must of been 25 yrs but I went along me now being in my 40s and to my astonishment on stage came this group and it was as if time had stood still. The hair had gone a bit flatter but the energy and the fire was still burning strong l was back in my teens again… what a great night, A few years later I heard about this charity called The Love Hope Strength Foundation fronted by Mike himself and an army of volunteers and they were about to walk up Mount Snowdon in aid of this charity, at this point I wasn’t fully aware what the charity was but I thought, yeah I’m going to climb that mountain, with that I signed up via the Internet (oh how technology had moved on) all my sponsors dug deep and I turned up very nervously at Llanberis and within half an hour of registration I felt I knew most of them. But one man in particular stood out among everyone else, a man who you all will know I’m sure called Mr Dave Spragg, he knew everyone and was the flag bearer for the hike, on this occasion without that man’s drive and compassion I would of never got up that mountain, we set off and the weather was good as we all reached the half way cafe the heavens had opened as mike along with Chris Summerill played a medley of tunes we were all singing along regardless of being soaked we got to the top and a hot cuppa was like gods gift. With another gig at the top which was absolutely brilliant it turned out to be one of the best days of my life.

Dave has gone on to become a good friend and we keep in regular contact. I follow Mike now whenever and wherever I can and he never ceases to amaze me with his energy and passion and I am so much looking forward to seeing everyone at this year’s Snowdon Rocks. This may sound a bit daft but in recognition of Mike and The Alarm and the LHS family and what they all stand for and represent that I have had the foundation logo tattooed on my leg along with Mikes personal signature so now where ever I go, all of you will walk forever by my side. 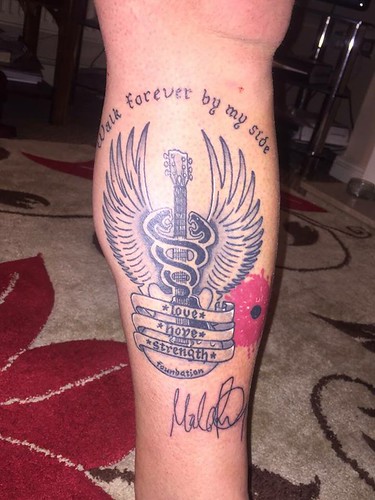 Here’s to Snowdon and some good weather.