Note: Sadly, our good friend and supporter Dave Spragg passed away in 2016.

Well I’m sitting here in my bed at The Christie, but more of that later in the update. I know I say it every time but the last 10 months has been one hell of a roller coaster ride. A quick update of my last update had me sitting on the cusp of surgery. Well I came off chemo, had my consultation, dates for the surgery both on the bowel and liver were arranged and I thought we were finally going to get there but at the very last moment I attended my final consultation only to be told that on final investigation whilst the tumours had shrunk enough for surgery they were too dangerously wrapped around the major blood supply entering the liver and couldn’t operate. Needless to say I didn’t see that coming but no use crying, I left the hospital and immediately rang my oncologists secretary to re-engage my chemo regime, which duly happened. The Chemo continued on through March, April, May, June, but during this time it was apparent that my CEA blood count was also climbing which suggested that the Chemo was failing and the body was becoming resilient to it and that It was no longer effective. 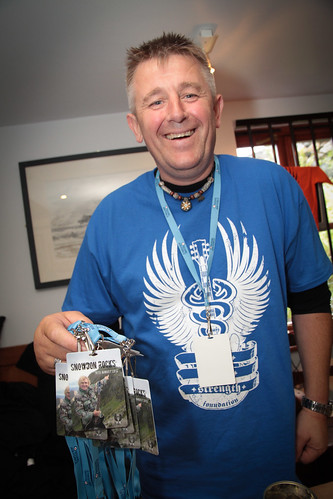 In late June I had yet another CT scan and the results clearly showed my suspicions that the liver tumour was indeed growing and the physical effects of this were manifesting themselves in the form of severe cramps and referred pain. The day after the scan confirmed the growth I had a phonecall from the Christie asking me to come in for a consultation Somewhat confused I rang my oncologist to obtain clarification and it transpires that she was once again ahead of the game realising that chemo was failing and had applied in advance to place me on the list for a brand new Radiotherapy called S.I.R.T. Or Selective Internal Radio Therapy. This basically involves the liver tumours being injected with elephantine size doses of RT being injected direct into the diseased tumours. This was scheduled for late July but before that I somehow managed to climb Snowdon on the annual LHS trek, I am still at a loss as to how I managed it, but big thanks to all the support from everyone on the climb especially to one, you know who you are, couldn’t have done it without you, but as unusual no names no drills. As a side note achieving this gave me a huge boost of positivity as Snowdon has always been a spiritual place for me.

Well late July arrived and off I bimbled to the Christie for the first of two procedures. This one was to prepare the liver for the RT by blocking various tubes etc ready for the infusion. Fascinating stuff really as it was all done by keyhole surgery. Apparently and just to be awkward I have a very complex liver so the procedure took four hours, then I still had to lie on my back for a further six hours in recovery to reduce the risk of bleeding. This meant I had a night in hospital to recover. Have you ever tried to eat lasagne on your side without moving, bloody difficult I can tell you and I’m sure I had half a dozen kernels of sweetcorn in bed with me that night.

A week later I returned to The Christie and had the radio therapy treatment, this involved a one shot injection of tiny spherical radioactive balls directly into the tumours of the liver via a fluid and under keyhole surgery. I must say it’s quite bizarre being awake on the operating table talking to the surgeon while they are seemingly prodding you with unfeasibly long pieces of medical equipment. It was then to spend a recovery night in hospital and wait and see.

August and September saw the summer drift by and I continued on maintenance Chemo whilst waiting to see if there was any success on the RT, it was encouraging to note that my blood CEA count was starting to come down, always a good sign and generally I felt a lot better in myself. On September 24th I had a full body PET scan to check on the results of the RT, a week later I sat in front of the oncologist and the news was that the therapy had been successful. In fact it transpires that the liver tumours had shrunk 2cm in circumference and that the liver appeared to be stable, so all in all a great result. Sometimes living with a diagnosis of cancer can be a bit like a ping pong match, ie lots of back and forth between different consultants, but now it was time to go back and see my own oncologist who has been nothing but brilliant in dealing with my diagnosis and see where my treatment would take me next.

Early November saw me meet with my oncologist for a very upbeat consultation, she was very pleased with the results of the RT on the liver and was very pleased with the successes we had in the last two years (still can’t believe it’s been just over two years living with and fighting cancer). It was decided that I would start 6 rounds of the full chemo that had been so successful in the past just to ensure that we exhausted all possibilities, before moving on. My Doc also thought it would be a good idea to have a CT scan before starting the treatment just to ensure we had a good baseline to work with if anything changed during the treatment. The scan was duly done on the 10th Nov and I prepared for the first round of chemo thinking all was going according to plan.

The following Monday I went to hospital to get my bloods checked before chemo, which is standard practice and I was just about to literally have them taken when a nurse rushed in saying my oncologist wanted some more bloods taken for another test and although not scheduled could I pop back straight after bloods and see my oncologist, this all sounded a bit ominous, indeed it turned out to be so.

I sat in front of my doc and in brief the scan results showed that although the RT had been initially successful my bloods had now doubled to over 600 and the tumours on the liver had now become quite active again, it doesn’t take a rocket scientist to work out the potential effect of this. On top of this it seemed that two lymph nodes near the liver which were diseased were getting bigger were slowly crushing the bile drain from the liver which in turn was slowly filling the liver with bile which ultimately would cause jaundice, this required surgery to have a stent fitting to strengthen the drain to allow the bile to drain correctly. This procedure required some immediacy and true to form the doc already had me booked into The Christie that Thursday. Meanwhile the doc would forge a new path of treatment whilst I was in surgery.

In all I spent 6 days in hospital, the stent was fitted on the Thursday and I was then fitted with a drain whilst it settled in and then on the Monday the stent was tested and the drain removed. The procedure went well and the the stent is now doing its job happily, I hope…… Apart from setting off the door alarms in my ward and winding the nurses up my stay was relatively uneventful and the staff of all areas were second to none, nothing was too much trouble.
Recovery has been slow as I am generally exhausted and have not been sleeping well which only adds to the problem, currently I am also suffering some low level constant pain from the liver, but hey it’s all part of the fun. Needless to say the sofa has seen quite a bit of action, but to be truthful even that is starting to grate on me.

Finally on Monday 30th Nov I sit in front of my oncologist once again only to be told something that certainly rattled my foundations a little to say the least. It now seems that my bloods have doubled once again to 1200 and that the liver tumours have now become aggressive. I am told that at this point and I stress at this point that the limited treatment open to me is about time and not cure and I’m sure that doesn’t need explaining either. But lets confirm something, at this point, I am not terminal, which in my book means that I will start my new Chemo regime tomorrow (7thDec) and I will continue to fight in a forward direction. Anything is still possible, who knows what’s round the corner, even this treatment has a 40% chance of some success. I said two years ago that “I had Cancer, cancer doesn’t have me” and I still stand by that.

Apologies for the factual nature of this update but there was so much info and I just wanted to get it all down. This wasn’t written to spoil anything so close Christmas but more to show that positivity still reigns in my world and I for one am looking fwd to the Festive period ( mainly because of my secret love for Baileys and ice) and the Gathering and what the future holds because as I always say, the future is unwritten.

My life has been shot but I will carry on